After tests of two electric cars from BMW's stable, i.e. Mini Cooper Se and BMW i3s, it was time for a much more universal car, at least for our Polish conditions: The recently introduced hybrid BMW X3 xDrive 30e. 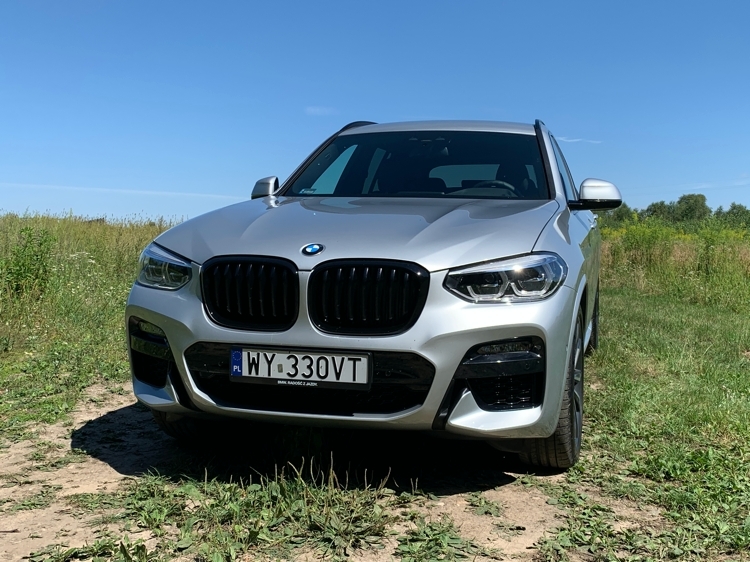 The BMW X3 xDrive 30e is the first SUV of this Bavarian manufacturer that I come into contact with not as a passenger but as a driver. In the case of the interior, I find it difficult to get attached to anything. There is a lot of space inside for both the driver and front passenger, as well as for those sitting on the rear couch. BWM is not only a premium brand, BMW is famous for its quality of workmanship and fine tuning of details. There is no room for any compromise. Everything is perfectly matched and the materials used are of the highest quality - the leather of course dominates. The front seats, thanks to their bucket-like design, have a sporty character and hold the driver and passenger well in corners. A few hours of driving does not tire the spine, and this is very important. Comfort is also improved by three-zone air conditioning (driver's seat, front passenger's seat and rear couch). 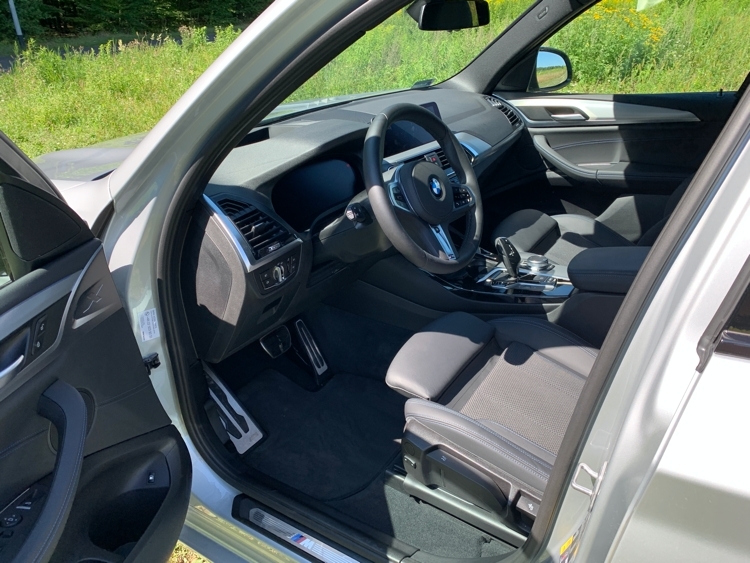 The driver has two displays at his disposal. The first one replaces traditional clocks. There is a lot of information on it - maybe even a little too much to grasp, looking at it while driving. So we have a speedometer, tachometer or power consumption indicator in eDrive mode (only on electric motor), battery charge indicator, fuel level, battery charge indicator, range, map with navigation and much, much more. It looks very good, but as I said, a lot of the information given by the smaller numbers escapes while driving. 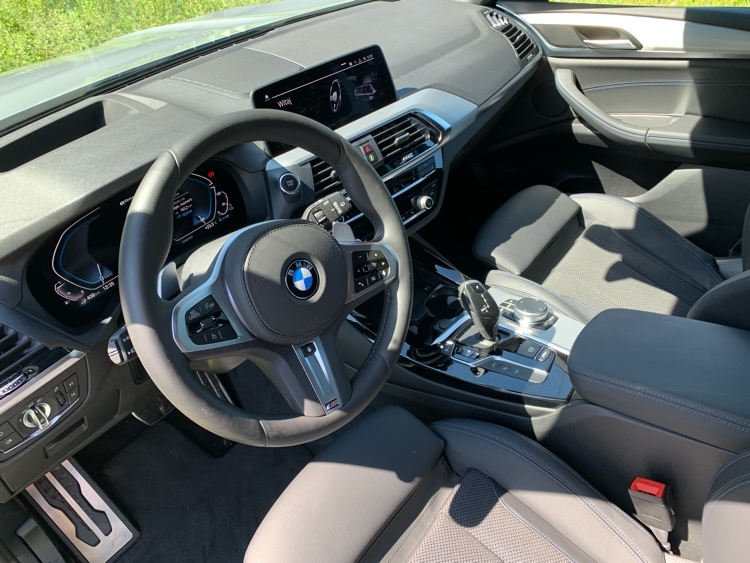 Of course, there is also a HUD display working on the principle of a hologram - the projector throws an image on the windshield, so the information about the current speed, limitations (the car reads this information from the signs) or navigation map appear as if hanging in front of the car. 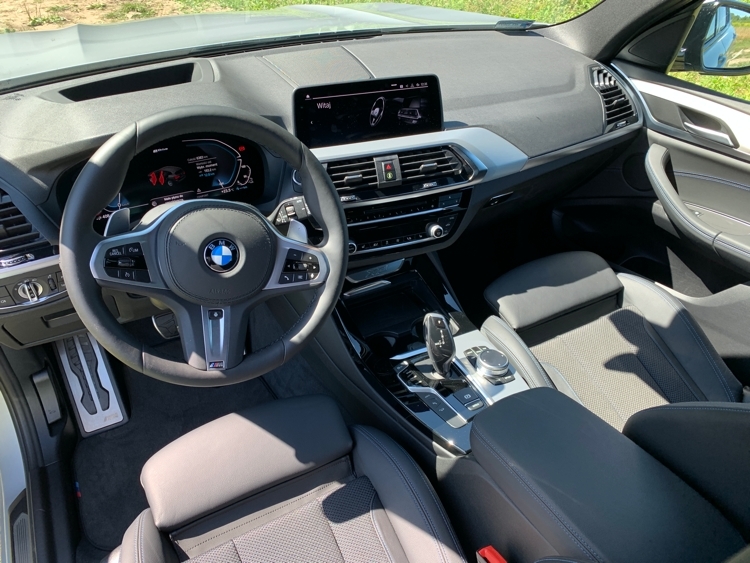 The second wide display belongs to the infotainment system and this is a classic BMW solution. The system itself can be controlled by tapping the screen or using a special control wheel placed under the right hand behind the driving mode selection cuff.

Unlike described in recent issues of Mini Cooper Se and BMW i3s here I finally had how to charge my iPhone XS Max. In the place where the gearbox tunnel connects to the dashboard, there was a wide shelf with an inductive charger and an additional USB-A socket. On the big plus I receive the appearance of USB-C sockets in the car. Two were placed in the glove box under the armrest and two on its back wall (designed for passengers sitting on the back couch).

BMW X3 xDrive 30e is of course a hybrid version of the classic combustion design. Batteries had to be fit somewhere - it fell on the floor and trunk. As a result, the fuel tank and trunk capacity was reduced (by 100 liters). However, in my opinion there is no reason to complain here.

After two electric cars, the BMW X3 xDrive 30e was the first hybrid I had to deal with. Of course, I did not expect the hybrid to go as much as an electrician. In the case of the X3 it is 30 to 50 km on an electric engine, depending on how we drive. I think it is quite a good result for the city. In my case the car will be charged every other day. I will also mention that the route on the X30 xDrive30e electric engine will go maximum 135 km/h. On the internal combustion engine the maximum speed is 210 km/h. 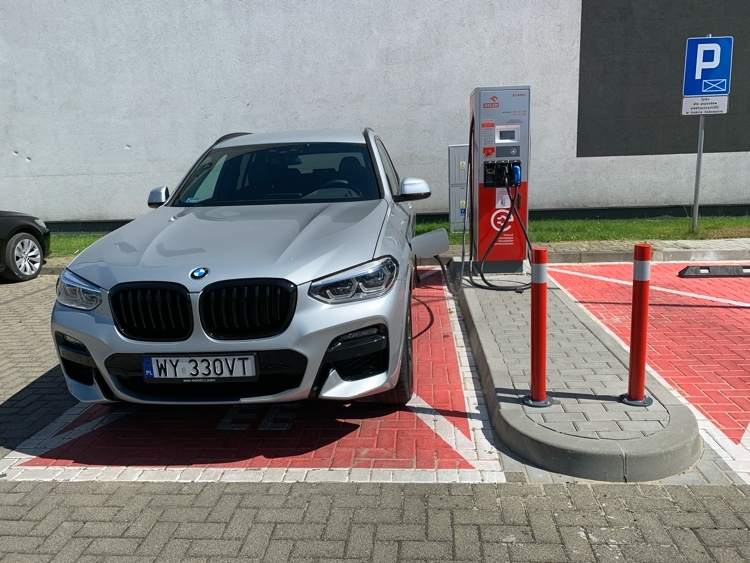 When I first drove up to the fast charging station, I expected it to be faster than the two electricians I had tested earlier, the Mini Cooper Se and BMW i3s. After all, the battery is much smaller (four times smaller than in case of i3s). Its capacity is 11.5 kWh. Unfortunately, the BMW X3 xDrive 30e supports only AC charging and not at full speed. Charging the battery to full speed does not take 1.5 hours as in the case of i3s, but 3.5 hours. 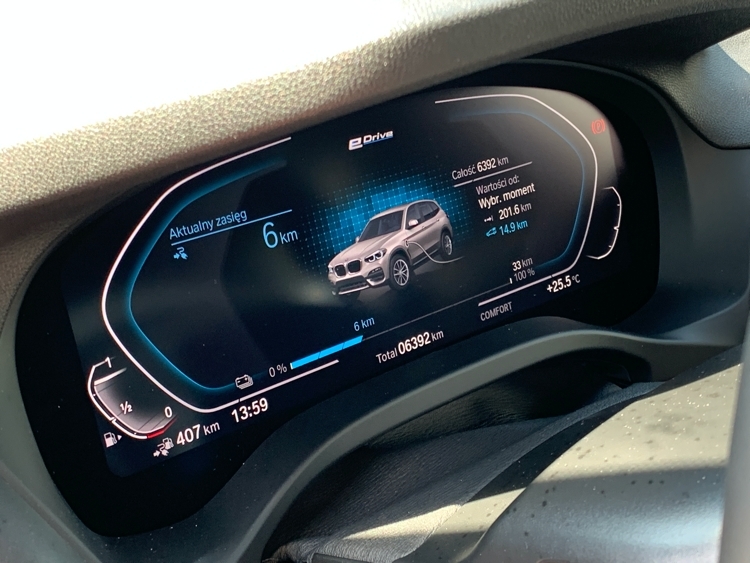 Of course, this is not a problem if we have a house with a garden and we connect the car for the night to charge, or if we have a charger in the office parking lot. Worse, if we want to charge it on a trip to another city for example. Then we have to leave the car or wait these 3.5 hours (how much coffee will it be in the café in the mall or at the gas station?). Otherwise, we have to drive in hybrid mode, where the battery is recharged by regenerating energy during braking. This means that the electric motor will start up from time to time. This gives a bit more than 100 km of driving on an electric motor with about 1000 km of driving. Of course, these 100 km are the sum of those short distances that the car has driven on an electric motor. This, of course, has the effect of reducing combustion. After driving about 1000 km on the city and freeway, the average combustion was 7.7 l/100 km. With a car that weighs over two tons, this is a really good result (my own much smaller and lighter SUV with a weaker engine has a similar or slightly higher combustion level).

It is also worth mentioning that under the bonnet there was a 4-cylinder turbocharged engine with 2 liters capacity and 135 kW (184 hp). It is integrated with an 8-speed automatic gearbox. The electric motor, on the other hand, has a power of 80 kW (109 hp). Acceleration to 100 km/h takes 6.1 seconds. 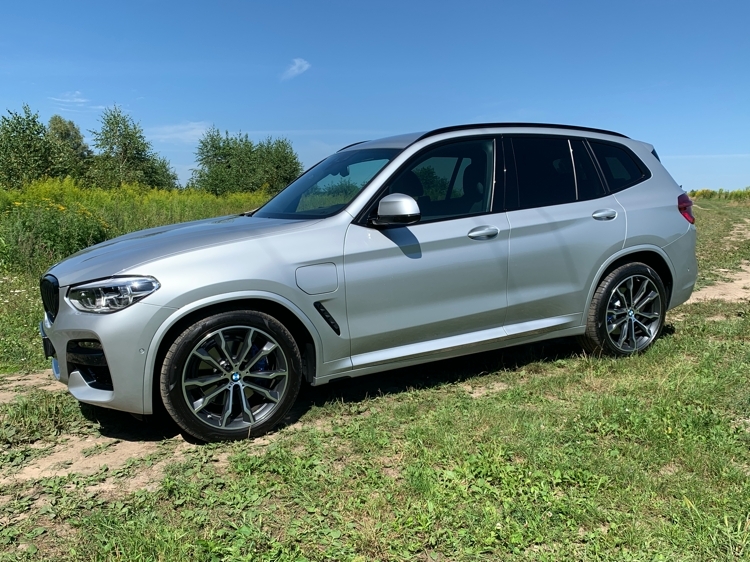 Hybrids are the answer to today's problems

Electric cars are of course the future, but in today's reality in Poland, hybrids will definitely work better, which was clearly shown to me in recent months, when I could test both cars. With the still poor charging infrastructure, the X3 xDrive 30e will work great in the city, provided that we have a place to charge such a car every day - then we will drive very cheaply or for free and you will be able to take it even on a long journey. However, I am waiting for the moment when the hybrids will have a bit more range - if it was actually 50 km of range in a city drive!