The Dutch brand Fresh N' Rebel returned this summer with two new models of True Wireless headphones: Twins and docked Twins Tip. The latter ones I had a chance to test in recent weeks.

The first time I saw Twins and Twins Tip headphones at last year's IFA, where their working versions were presented. What obviously caught my attention was their visual similarity to the AirPods from Apple. However, the Fresh N' Rebel headphones look a little different and have their own interesting design. The difference is, among others, the cross-section of the longer part of the headphones and other details of the finish (more sharp surface cracks etc.), and they are colorful. 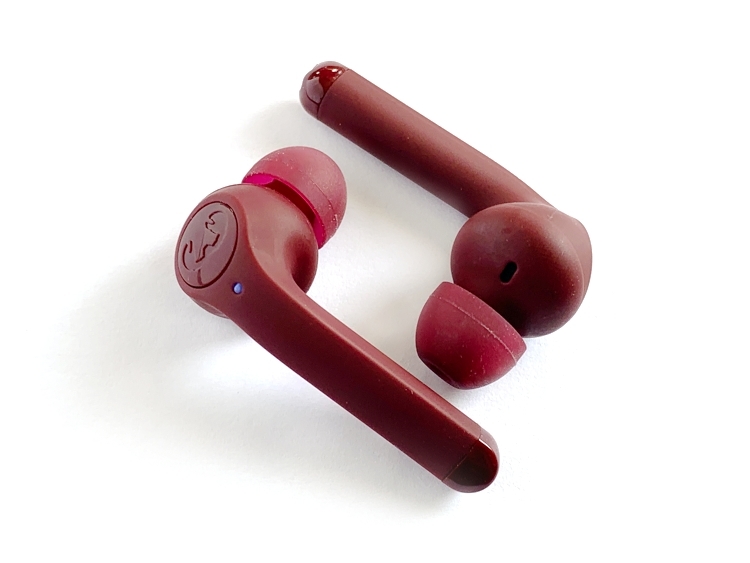 On the one hand, headphones are headphones, so this type of products are simply similar to each other, on the other hand, in my opinion, it is hard to deny here a clear fascination of Fresh N Rebel with Apple design. However, this is not an accusation. The headphones look very good, they are comfortable and lie securely in the ear. I also like the matt finish of the material they are made of. The set includes three pairs of silicone dimmers of different sizes, so you can choose the right size for your ear canal inlet. 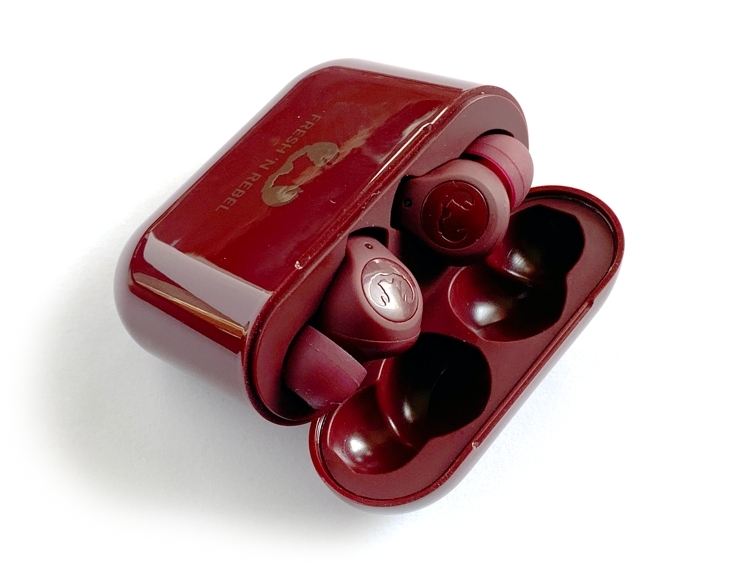 Like other true wireless headphones, the Fresh N' Rebel Twins Tip is stored in a case, which is also their charger. The headphones themselves allow you to listen to music for four hours on one charge, and their case allows you to charge them five times, which gives a total of 24 hours on one charge of the whole set. Charging the headphones takes about an hour. It is worth mentioning that the case itself can be charged inductively, which I personally appreciate very much. Of course, there is also a USB-C socket for traditional charging, using a cable (included in the set).

Fresh N' Rebel Twins Tip are certainly not headphones for the audiophile, in which we will be dealing with sounds. They are mainly lifestyle headphones, which are supposed to provide good sound for a medium-demanding but also active listener, which are supposed to be comfortable and good looking. The Dutch managed to fulfill these assumptions. Fresh N' Rebel Twins Tip play mainly in the middle, so the sound is warm but also a bit beaten - compressed it also lacks a bit of dynamism, but the wireless headphones with a wireless charging case available in this price shelf play well. They fulfill their task in everyday use, when the music simply accompanies us with other activities and when we take calls on the iPhone.

You can also use them individually as headphones for your smartphone. Each of them has its own microphone. A big advantage is also the Siri support, which I use to make calls with my family ("Hey Siri call my wife", "Hey Siri call my mom", etc.) or choose music. In the latter case, I don't even have to take my iPhone out of my pocket to start the music I want to listen to at the moment.