Apple has long convinced us that iPad is a computer. However, for an iPad to be such a computer, you need a keyboard. Apple offers its models, but there is strong competition on the market in the form of products well known to the readers of MyApple by Logitech. For many years Logitech has been supplying some of the best accessories, from mice to keyboards. The latter category also includes iPad cases equipped with a keyboard. In recent weeks, I have had the opportunity to test one of the brand's latest products. Rugged Folio case for iPad 10.2" (7th generation) equipped with a keyboard.

Rugged Folio, as the name suggests, is primarily a reinforced case to protect your iPad from various mechanical damage. In fact, the iPad is protected from every possible side. The device is placed in a hard rubber frame (sides) and strong plastic (back), so it takes some effort to put it in. The whole thing includes a hard plastic cover additionally coated with something like a synthetic canvas. Thanks to this combination, the case is not only resistant to various mechanical damage, from abrasions through cuts to accidental punctures (of course, within reason - it is not kevlar), but also easy to keep clean, and at the same time really well protects your iPad also from falls. 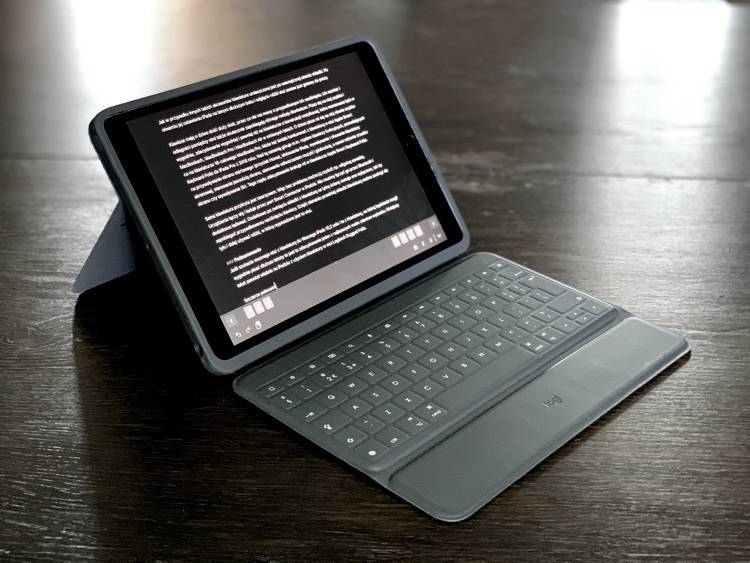 I put the tested case on one of the iPads 10.2, which I use during my programming lessons. For the last few weeks (before the school was closed) it worked perfectly well not only as a protection but also as a keyboard that allows you to enter code in Swift Playgrounds or Pythonista3 (recently I'm expanding my programmer horizons with Python). 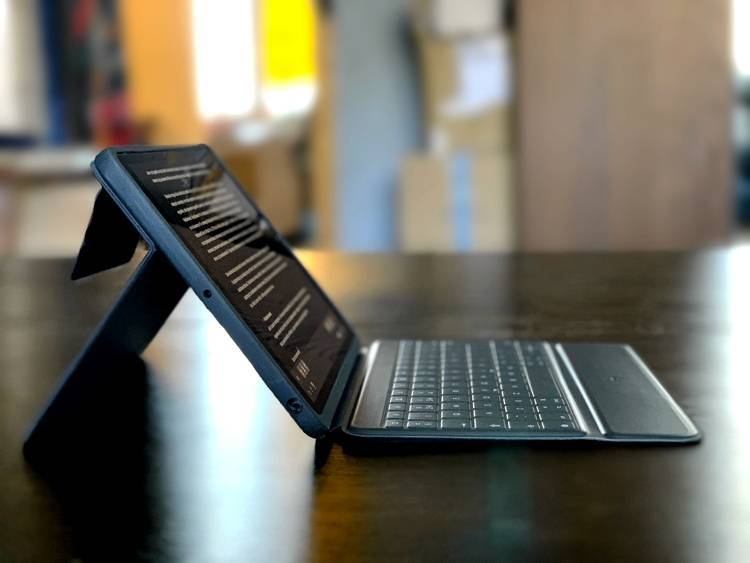 The back cover of the Rugged Folio creates a leg to support the iPad while using the keyboard. Once it is placed on the desk, it lies on the stable surface. Of course, it is more difficult to work with this set on your knees, but this accusation applies to all these types of keyboard cases, including those produced by Apple. The closed case is additionally protected against accidental opening by means of a magnetic latch, equipped with a holder for placing the Apple Pencil or Logitech Crayon Stylus. I noticed that the strip of the mentioned clip is the only place where the mentioned material will be slightly shredded (you can see it on the picture below). 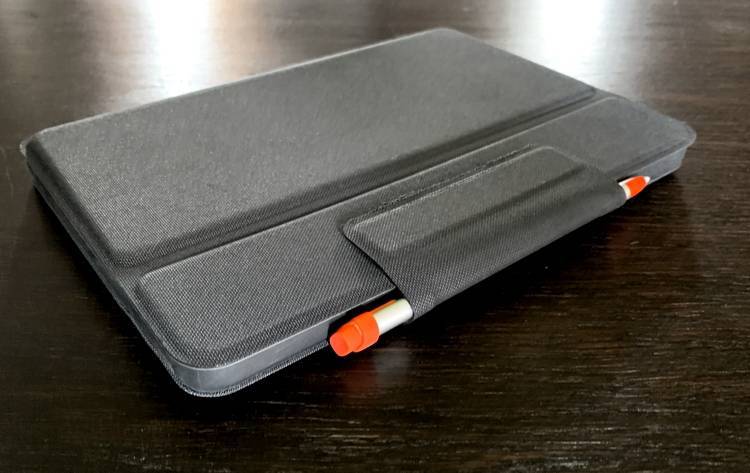 Logitech keyboards are the best and basta! So far, this bold claim has worked for every keyboard I've tested for this brand. Was it so this time too? 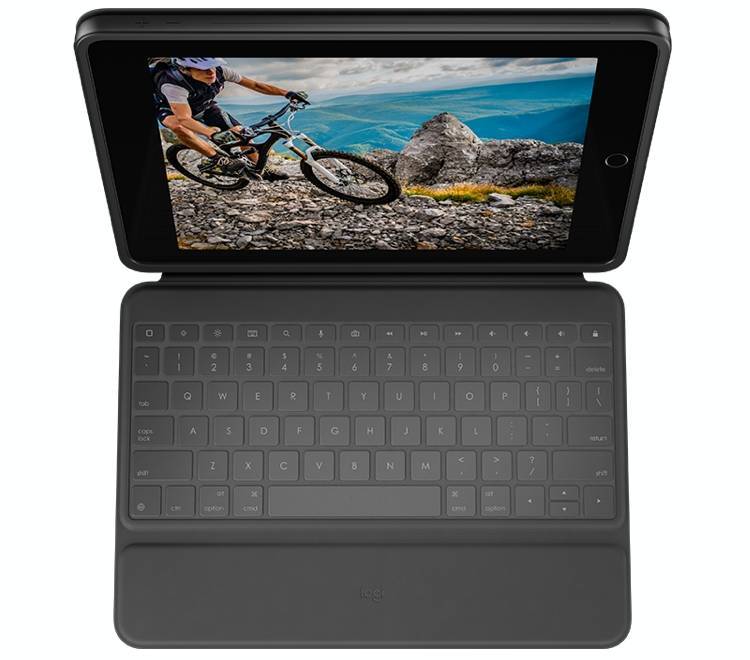 The keys have a surprisingly large stroke, so there is no question of accidentally pressing them. Their size and distance between them also effectively prevent various types of typos. They write on it quickly and conveniently, definitely more comfortable and securely than on a keyboard with a butterfly design that has been installed in MacBooks, MacBooks Pro and MacBooks Air in recent years. I'm surprised to write on it as fast as on the keyboard of the 16-inch MacBook Pro. It can also boldly compete with the keyboard in Apple Smart Keyboard Folio case for iPad Pro from 2018. The latter is dominated by a row of function keys that allow you to call the Home button, lock the iPad, call and hide the on-screen keyboard, control screen brightness, control music playback and volume, and even take screenshots or call Siri. I definitely miss this row in the Apple Smart Keyboard Folio. 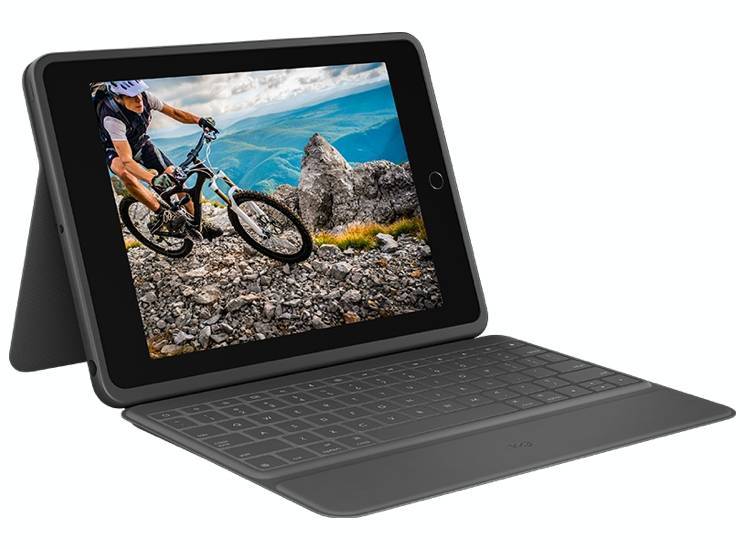 The keyboard itself is covered with plastic. So you can easily clean it with a damp cloth. The device connects and charges through the Smart Connector port on the iPad. We do not have to connect it via Bluetooth and charge it separately. Additionally, when the cover with the keyboard is rolled up on the back wall, it is switched off to prevent accidental keystrokes. Thanks to the broken front cover, the keyboard can be folded back and the foot with which this case is equipped can be used.

If you are looking for a strong case with a 10.2" keyboard for your iPad and a keyboard where you can write longer texts comfortably, this is definitely one of my best choices. This text was created on iPad using the keyboard in the Logitech Rugged Folio case.