Among the games available in Apple Arcade, there was also a space shooter combined with turn-based RPG. Such a game is "Spaceland". The plot is quite simple and refers to the first two films from the "Alien" series. From the base located on a distant planet a warning signal is sent (like from a ship in the movie "Alien, the eighth passenger of Nostromo"), which is received by a team of star guards. After their landing, it turns out that the whole base is controlled by alien life forms. The player's task is to clean it up and save a few of its crew members still alive.

The player controls the members of the star guard team, each with a different number of movement points and different weapons. Therefore it is necessary to skillfully use their abilities (e.g. engineer) and equipment when meeting with different monsters. The latter are also different. Some of them are weak, you can send them to that world with one shot, others have much thicker skin, and still others have weak points (e.g. unarmoured back). Each of the base buildings is a separate level. These, in turn, are getting more and more difficult. The first levels are passed quickly, the next ones are no longer easy to overcome, so the game is much more engaging. 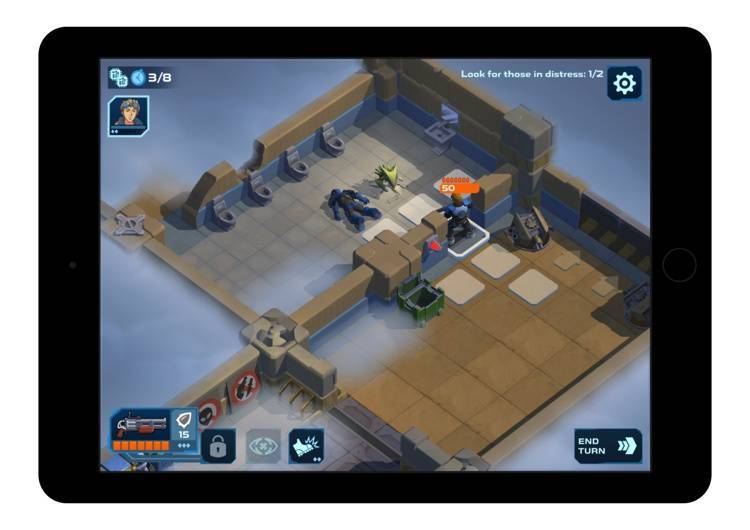 The game has nice graphics in isometric projection, actually classic for this genre. Controlling is equally simple, just select a team member and choose one of the highlighted spots where he is to move or to shoot if there is an opponent on the field. "Spaceland" atmosphere reminds me a little of "Space Marshalls", available for a long time in the App Store. 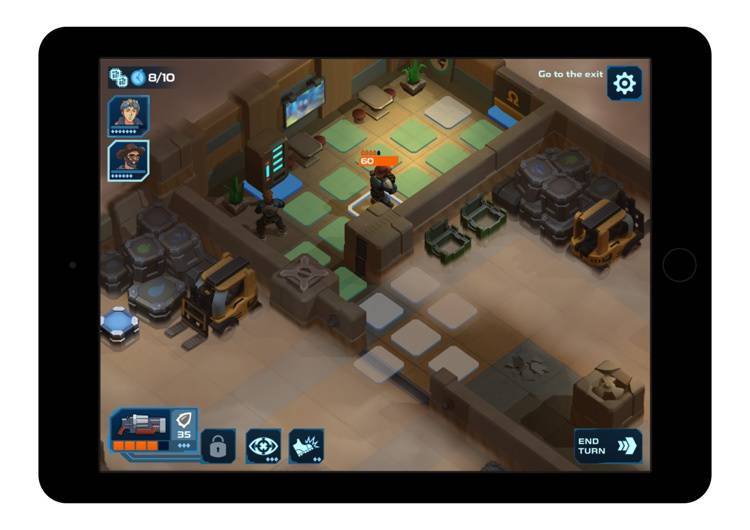 The only thing I could stick to is a little too long dialogues between each mission. In this type of games the plot really has a secondary meaning. I'm not especially interested in the stories told by the characters, especially since it's not a masterpiece of SF literature, I just want to take another monster as soon as possible. 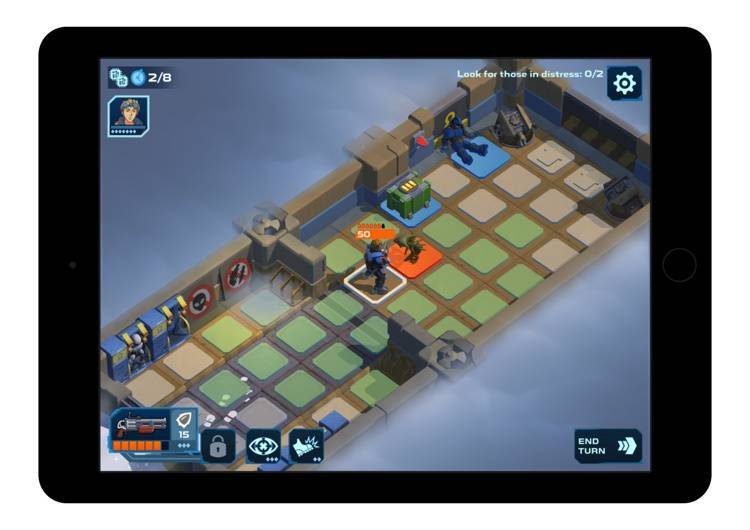