Last year I described QLED smart TV from Samsung Q60R. It was one of the first with a pre-installed Apple TV application, giving access to the movie library in iTunes Store, and from November to Apple TV+ service. I wrote then that in my opinion it was just a TV like Steve Jobs once thought. I also mentioned that smart TVs with access to the iTunes collection and Apple TV apps could mean the death of the apps with this name. Recently all Samsung TVs, including my Q60R, have also gained the Apple Music app. It has become even more doubtful for me to own an Apple TV or buy another model (e.g. Apple TV 4K or the newer one announced).

Some time ago, the Apple TV was used mainly to play movies from the iTunes library (including quite a large collection of titles I bought), movies and series on Apple TV+, as well as to play music from Apple Music. Since I made this TV and the dedicated Apple Music application appeared, I run the Apple TV even less frequently (which doesn't mean that I don't do it, but about it below). The choice of this model was dictated primarily by the image quality (although of course QLED is not OLED, which some of you will certainly pay attention to), the convenience of the operating system, the Apple TV application and - what's probably the most important - the price (it's probably the cheapest QLED in Samsung's offer). 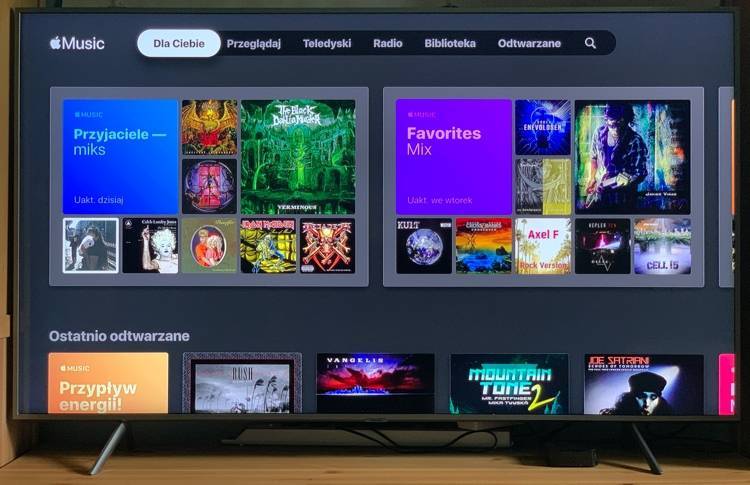 So what else do I use Apple TV for? To play games available in Apple Arcade... No, I play these games mainly on my iPhone and iPad, and there is also a PlayStation 4 underneath the TV. I have long since abandoned the idea of treating Apple TV as a simple game console. Pictures! Yes, I sometimes browse through the photos from the library in iCloud displayed on my TV screen via Apple TV and the dedicated Photo app. I do this mainly after returning from vacation when my family visits us, but I might as well do it via AirPlay, which supports the mentioned TV. 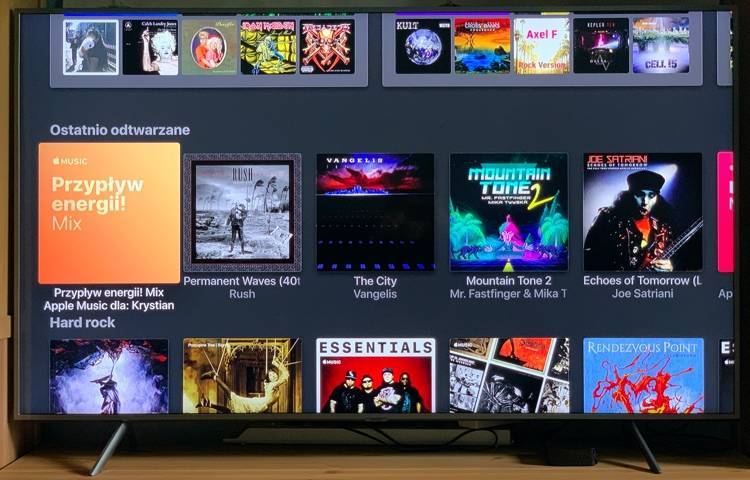 Actually, from time to time I use only one application for Apple TV - France24. For a few years now I have been learning French intensively (such a challenge posed by the French part of the family that learned Polish) and I try to communicate with the language every day and radio and television is the best possible option.

Sometimes I also listen to music from Apple Music on Apple TV. What's interesting is that it's about very specific albums and it's really about beautiful slow-motion movie screensavers that fit perfectly to the selected songs. 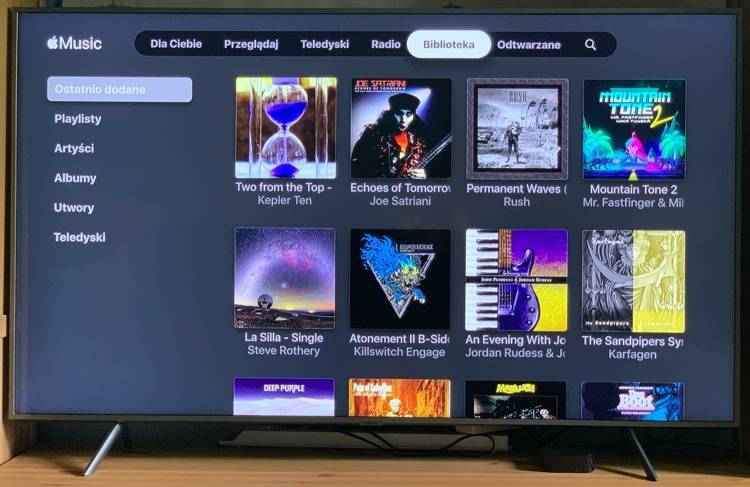 Well, how does Apple Music work on Samsung's smart TV? The same as on Apple TV. The interface is the same as on this TV set. Just like the whole Tizen system, everything works fast and reacts immediately to all my actions. If it wasn't for those screensavers, I would probably not turn on Apple TV at all. I also don't know what could be in the new appetizer to decide to buy it.

I wonder what else from the Apple ecosystem will be available on Samsung's smart TV in the future.