iPads are real computers, or at least closer and closer to them, thanks to changes in iPadOS that introduce, among others, the possibility of working with two program windows or using a keyboard with a trackpad or a mouse. It is trackpad keyboards that are now becoming accessories sought after by users. Of course, Apple offers a case with a keyboard, but it costs a lot, besides, you can only connect its keyboard and trackpad with one device. And yet you often work on several different devices, iPad, iPhone, Mac, Windows computer. It is worth having a universal accessory at hand, offering both the function of a keyboard and a trackpad, while having a compact form. The solution is the Mokibo keyboard, which I had the opportunity to test.

This accessory is relatively small in size, although it offers an almost full-size keyboard, where you can quickly and conveniently enter longer and shorter texts - yes, what you are reading now has been written entirely on iPad 10.2" and this very keyboard. After taking it out of the box, I had the impression that it is a keyboard that has been transferred alive from a classic laptop. This impression was intensified by red "mouse" buttons placed under the space bar. The whole bottom part of the frame is red, which gives it an interesting character. 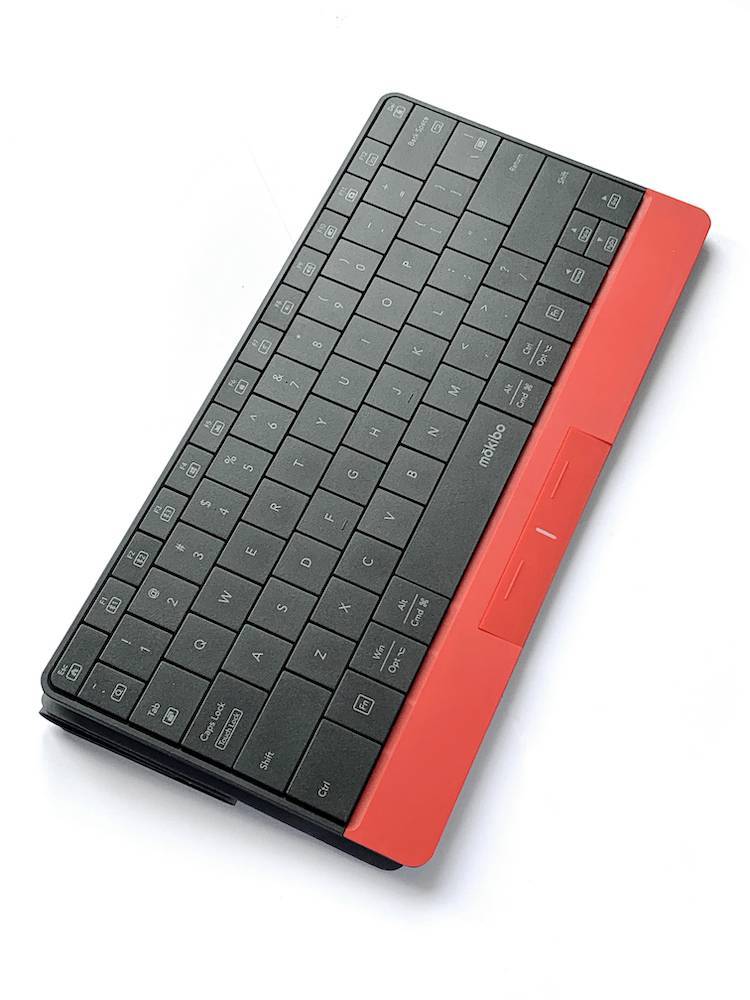 The keyboard has a pantograph construction (it is a variant of the scissor construction), thanks to which a low key stroke is maintained. Using it requires a moment of getting used to the right pitch and spacing of the keys themselves (I had to get used to the relatively short space bar), but I quickly started writing on it as efficiently as on the keyboard of my MacBook Pro. The size of the keys themselves is appropriate. Actually, I did not accidentally press the neighboring keys, even though the distances between them are small.

Mokibo keyboard also works like a trackpad. Its whole surface consists of touch sensors (there are 80 in total). This allows you to control the cursor and make various gestures by moving your finger(s) across the surface of the keys. This works smoothly and comfortably and the application of such a solution significantly reduces the size of the device. Moreover, the trackpad is always under your fingers. So how does the device recognize whether it is to work as a traditional keyboard or as a trackpad? I must admit that this is very ingenious. The device can of course be switched between the two modes using a keyboard shortcut (FN + Caps Lock), but you can use the trackpad much faster. Just put your finger on the left "mouse" button, located under the space bar. Holding your finger on it, without pressing a button, immediately activates the trackpad mode, lifting your finger from the said key restores the text input mode on the keyboard. This is very convenient, e.g. when editing text, when you need to quickly move the cursor to the right place to make corrections. It is also very useful while browsing (scrolling with two fingers) or making handwritten annotations in Notes in iOS and iPadOS. There may of course be many more applications for this solution. 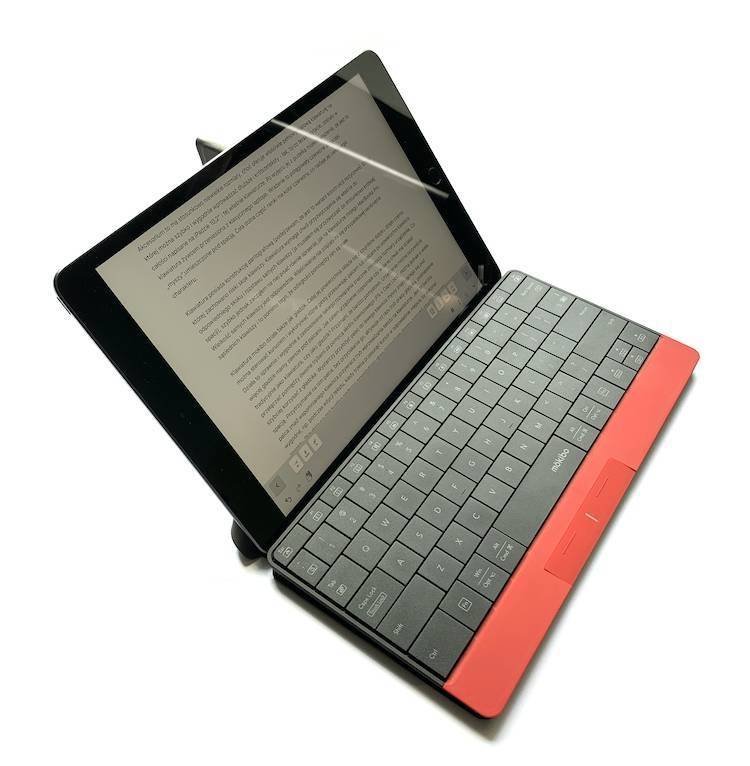 The Mokibo keypad is a universal accessory. It works with Apple devices as well as those with Android or Windows. Switching between the devices (up to three) with which it is paired, as well as between modes of operation (Windows, Android, Apple) is done by means of shortcuts using the "FN" key. In the mode of operation with Apple devices, mainly iPhone and iPad, the keyboard offers many other shortcuts, such as returning to the start screen, switching between applications, calling the on-screen keyboard, taking a screenshot, adjusting the volume or locking the device. There is also a shortcut to activate the battery indicator, using the LED between the "mouse" keys. The keyboard itself is charged via a micro USB cable and the battery capacity provides 60 hours of operation.

Small size, comfortable keys and versatility of this solution make this keyboard an interesting accessory for not only mobile devices, although it was created for them. A place next to them in a bag or backpack will surely find a place for it.

Writing about the Mokibo keyboard, I can't help but mention a special case available for it - smart cover, which protects it while carrying, and can also serve as a comfortable stand for example for the iPad or the keyboard itself. In my opinion it is worth to buy a set. 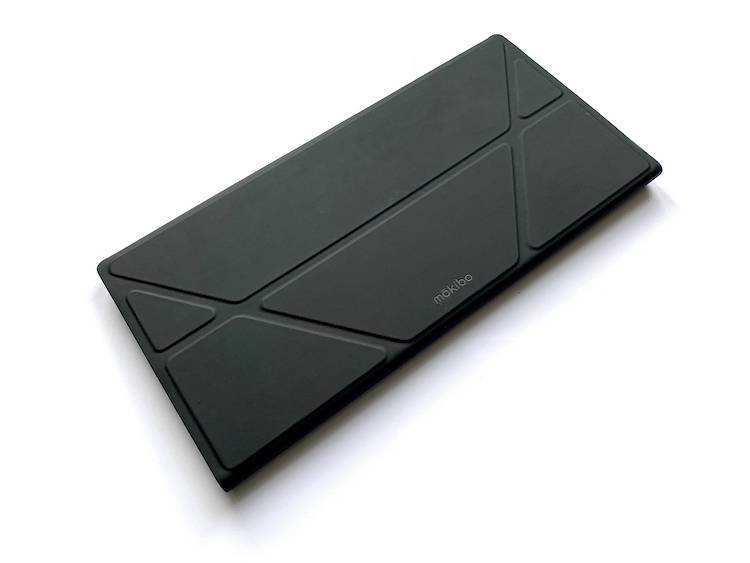