One, or rather two - two Sonos One speakers paired in stereo

I recently had the opportunity to test two Sonos One speakers connected in a stereo pair.

I'll start with the fact that I'm a fan of such networked speakers, working in one or another multi-room system. This allows me to use them with different devices or just - pairing into a stereo system. Usually such speakers are also relatively small in size and provide at least good sound quality. Maybe audiophiles will be shaking their noses as well, but even though I'm in the recording studio and I can hear the music sounding directly during the recording or from the monitors in the director, I have no reason to complain. It is important for me to be able to listen to this or that album lbu provide myself with a nice sound background during work or other activities. I really liked the speakers I described three years ago Yamaha MusicCast WX-010, so I was curious to see two competing and, of course, newer Sonos One speakers in my living room.

Pairing them was no problem. The whole thing took place directly in a dedicated Sonos application and took a while. At any time the speakers can also be disconnected to play independently.

Speaking of configuration, I can't help but mention the great Trueplay function, which configures the speakers for the room they are set up in. The microphone on the iPhone is used for this purpose. The smartphone is set up in different places in the room and using the built-in microphone the sound reflected from the walls of furniture and other objects is analyzed. The whole configuration process takes about three minutes and is done in a dedicated Sonos application. Interestingly, it is not available in the Sonos application for Android. 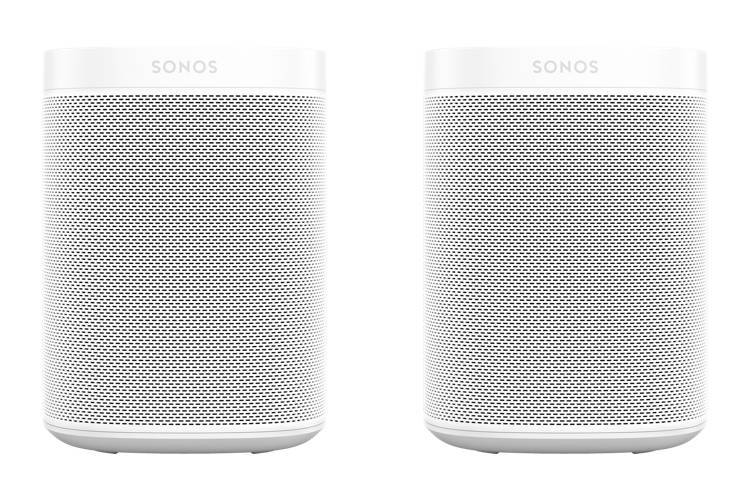 As in the case of any multi-room system, control can be done through the already mentioned dedicated application for smartphone. This one is not very beautiful (and such is Yamaha's app), but that is not the point, the important thing is that everything is clear and simple. What is important is that the Sonosa app works with Apple Music. So we don't have to leave it to choose an album, a compilation in this very service. All you have to do is log into Sonos app to this service and play music from Apple Music directly on your speaker. Sonos One works with Alex's assistant in some countries and you can also use it to control music playback from this service. Unfortunately, not in Poland, and I don't intend to change my iPhone location setting to e.g. Great Britain. I don't know if this is a serious drawback and how many of the readers use Alex, but for me it doesn't matter much, although I wouldn't be offended by Siri's support (but that's not to be counted on). A version of Sonos One SL has just appeared, without the voice control function - I think it is a good option for users in our country.

Of course, on Apple Music the possibility of playback does not end, both speakers as a pair are visible in the menu of AirPlay 2 devices, so I can easily send them music from Mac, iPhone or iPad. For several weeks of using them, the speakers worked reliably, never had problems with synchronization. When starting or ending playback, the left speaker reacts slightly faster. Of course, this does not matter when you play. The speakers are balanced and, thanks to the Trueplay function mentioned above, configured exactly to the room where they were placed.

Two speakers paired in stereo always play better than one, the sound is more spacious, the scene is more plastic and more air in it. The Sonos One has a very warm sound with a distinctly strong bass that is impressive when you look at the size of this speaker. This warm sound, although in my opinion far from natural, is not a drawback. After all, we are talking about a multiroom speaker, for everyone, not for a puritanic audiophile. I like this warm sound, especially since the transparency of the music coming out of the speakers does not suffer too much from it (provided, of course, that the producer knew what he was doing). Vocals, both acoustic and electric guitars still have enough space. I listened to Zak Zak Zak Wylde's "Book of Shadows", Dire Straits' "Love Over Gold" and Rush's "Roll the Bones" on it both acoustically and electrically. However, there were moments when this heat was a little too much for me, e.g. during listening to Dream Theater's latest album - "Distance Over Time". As usual, a lot depends on production, and unfortunately quite a few great music albums were produced so flat that even the most expensive audiophile set of speakers will not help.

The fact that it is also easier to fill a room with sound from two speakers than from one, I don't have to mention specifically. Although one Sonos One itself can play really loudly, two are able to fill the entire living room with sound without setting the volume to the maximum. With more acoustic discs, or those that produce music with the right amount of space, the playback even at maximum volume does not cause any distortion. However, when the guitars are heavily overdriven, the pace is high and the production is not very successful, then at high volume the sound becomes a bit lively. For me, however, unscrewing the speakers to the maximum, no matter what class this equipment is, simply misses the point.

Jacek praised a single Sonos One speaker and I can recommend you two. Of course, if you are looking for interesting speakers for everyday listening and you do not belong to people who buy speaker cables for several thousand zlotys. You can always combine them into a stereo set or start building your multiroom system. I am curious about the already mentioned new model without the voice control function. It is over 100 PLN cheaper, so it is certainly an attractive alternative.

However, Sonos One has a serious competitor in the form of speakers Yamaha MusicCast 20. One Yamaha speaker costs exactly the same as Sonos One. Both sound great, though different. So it's worthwhile to go to an audio store and listen to both on your own ears before making a decision about the purchase.