Logitech keyboards and mice are a brand in itself and no wonder, because they have been considered the best for years, especially those from the MX series. Last year Logitech launched the MX Keys and MX Master 3. These were universal devices for both Windows PCs and Macs. Recently, Logitech introduced special dedicated versions for Macs of both these devices. How does the Logitech MX Keys for Mac work? You'll find the answer below.

The Logitech MX Keys for Mac is a full-size wireless keyboard with a dedicated numeric key block and a key block for cursor control. Just like the universal version of the MX Keys, the illuminated keys are large with a concave colored surface. They are also characterized by the same, quite high, jump and a very pleasant reflection and return to the initial state. This is a nice variation on butterfly keyboards installed in MacBooks in recent years. The form of keys adopted by Logitech and the dimensions of the whole keyboard make it very comfortable and extremely fast to write on. Types are a rarity.

Unlike last year's version, the keyboard has a keyboard layout compatible only with MacOS. Because both sides of the space bar have Command, Option and Control keys. The function key - FN - went to the cursor control key block. In the past, many Polish Mac users who used Logitech keyboards complained about the Option key being shifted to the right and separated by the already mentioned FN key. In MX Keys for Mac this problem no longer exists. 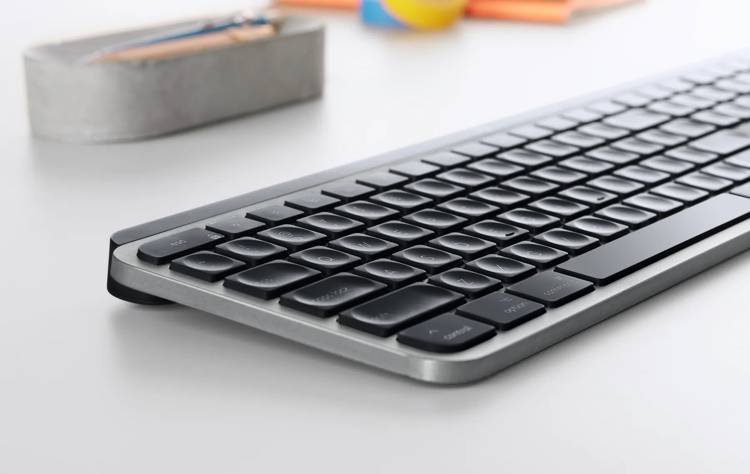 While you're still at the keys themselves, you should write something more about highlighting them. The keyboard recognizes when our hands are above it and automatically highlights the keys.

The robust body and weight of the keyboard itself also have an influence on the comfort of writing. It is made of strong plastic and has dark gray colors to match the star gray color of Apple products. The keys themselves are black, as in the universal version of this keyboard described by me last year.

MX Keys for Mac works not only with Macs but also with iPads. In this case the function keys supporting both MacOS and iPadOS will be especially useful. And so the Expose function call button in macOS (displaying thumbnails of all open program windows) for iPadOS takes us to the start screen. The last one in the row of function keys is the one with a padlock icon, designed to block the iPad.

Another big advantage of MX Keys for Mac is the connection stability. The keyboard connects to the Mac via Bluetooth and holds this connection continuously, although you can of course connect it via the radio receiver (included). There is no question of any accidental disconnection. For the last three months of working on this particular keyboard I have not observed any problems with the connection, and I connect it with three different devices (MacBook Pro 16", Poppy mini and iPad Pro 12.9").

It is also easier to change key configuration. Some of the readers know that since the beginning of my adventure with Macs I've been changing functions of Command and Option keys. The keyboard is immediately visible in the settings, these universal models I had to connect to the computer with a radio transmitter in the past. 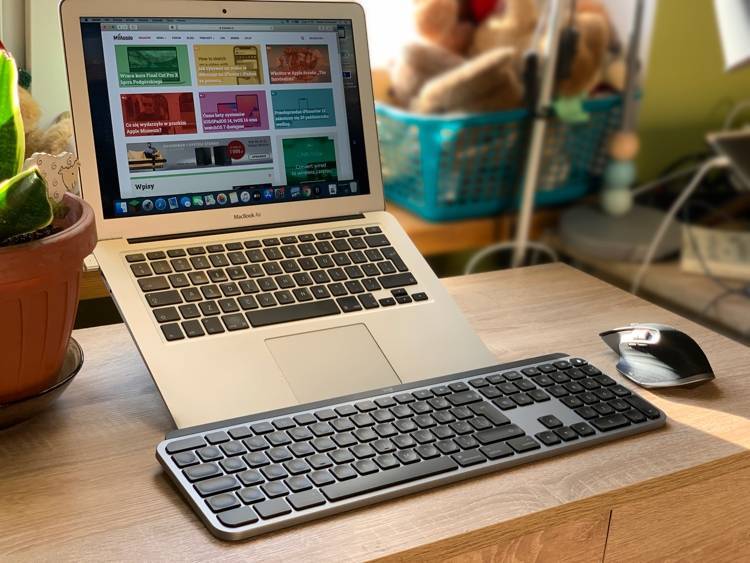 I also have to mention the built-in battery. Its capacity provides 10 days of work on one charge with the backlight on. If we turn it off, the working time will be extended up to five months. Declared by the manufacturer is consistent with the reality. In recent months, the MX Keys has been charging on average every other week. 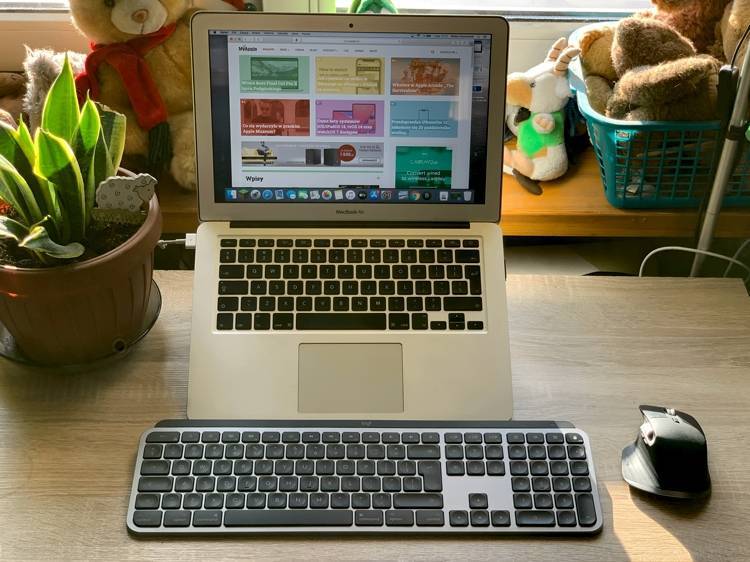 MX Keys for Mac is, in my opinion, one of the best, if not the best keyboard for users of Apple devices, not only Mac computers but also iPads or iPhones. Writing comfort, reliability and stable connection with each of the devices and a design that fits both MacBook, iMac or Mac mini are its undoubted advantages.