I have written many times about the fact that Logitech has been making some of the best mice and keyboards in the world for years. Last year, the company introduced a couple of new devices - MX Master 3 mouse and MX Keys. Now these devices are also available in versions for Mac. Both are not only tested but also used for several months. I wrote about MX Keys for Mac recently. Time for MX Master 3 for Mac.

MX Master 3 for Mac is the latest model in this series. Its design hasn't changed compared to MX Master 3. They both look the same, differ only in color, which in my opinion is a huge advantage, because MX Master 3 is one of the most comfortable mice available on the market. MX Master 3 for Mac - just like last year's MX Master 3 - is one of the most comfortable mice I have worked with. Thanks to the right shape the hand rests almost entirely on the mouse including the thumb. Only a small finger rests on the desk top. The surface, on which the inner part of the hand and thumb rests, is covered with a nice to the touch rubber veneer with a matt finish. 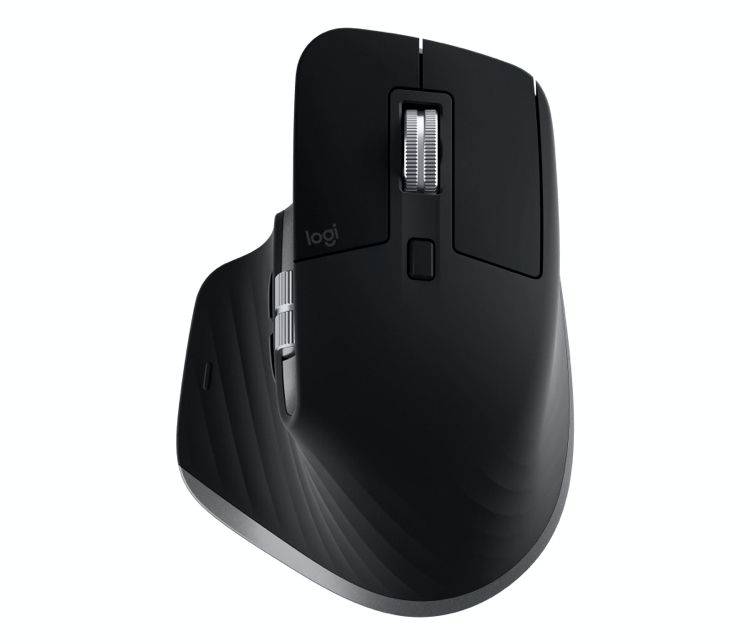 A certain difference is the colors used. MX Master 3 for Mac has a slightly darker (almost black) rubber veneer and lighter gray bottom in comparison to MX Master 3. It corresponds to the color scheme of the MX Keys for Mac keyboard and is perfect for Apple devices in gray or star-grey. 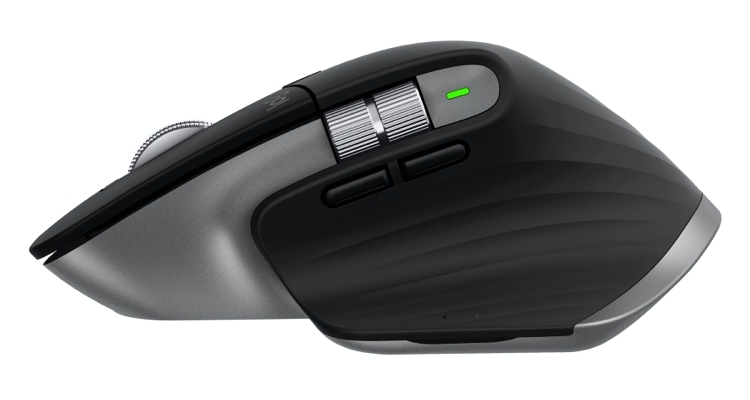 The distinctive feature of both models is not only a great and very ergonomic design but also a striking steel electromagnetic scroll wheel called "MagSpeed". It works in one of two modes - ratchet, which uses a magnetic ratchet created by the built-in electromagnets to create a clear leap during rotation, and slow, in which the wheel rotates freely. The use of the magnetic latch also ensures extremely quiet operation of the scroll wheel itself. A button underneath the scroll wheel allows you to switch between modes. 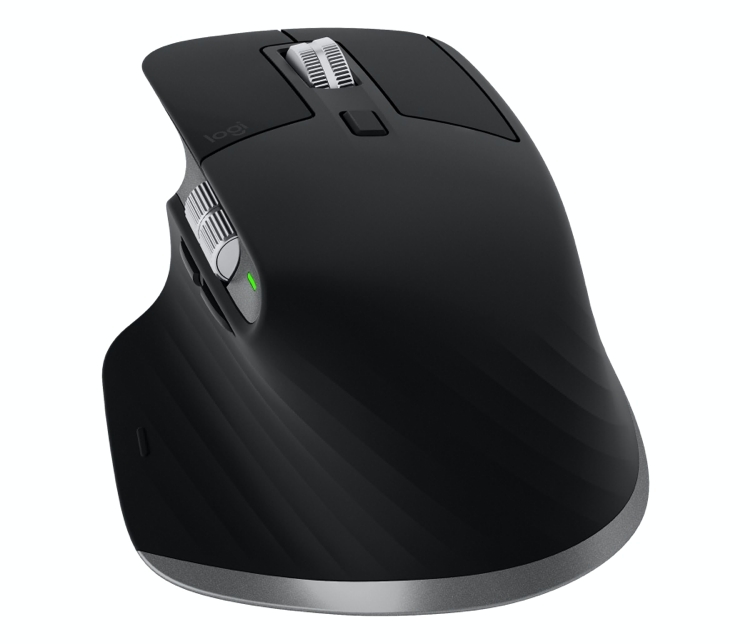 The MX Master 3 for Mac, like the universal version, features a very convenient side thumb wheel and two buttons underneath it to which you can assign different functions in Logitech Options. There is also a programmable button underneath the thumb rest. 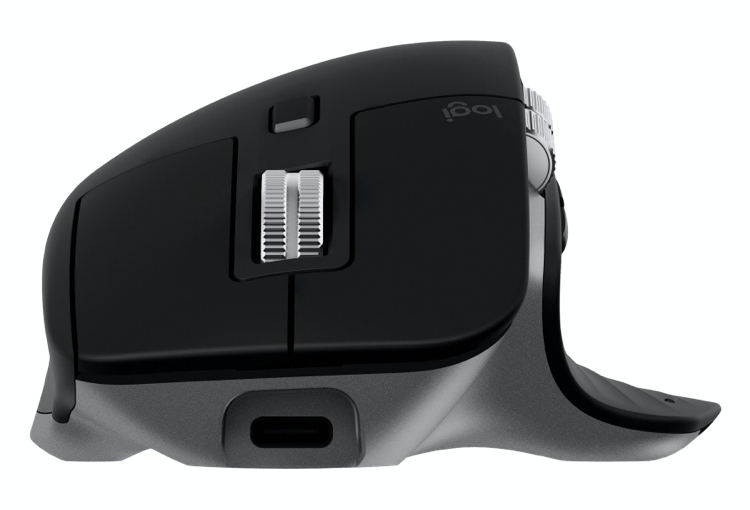 Logitech Options also offers a very useful Flow feature, allowing you to use your mouse on three computers almost as you would on one. With the Logitech mouse and Logitech Flow function, you can conveniently copy files between these devices. What's important is that it doesn't have to be two or three Poppies for example. They can also be Windows PCs with Logitech Options installed on them.

The Logitech MX Master 3 for Mac has the same 4000 DPI laser sensor as the MX Master 3 and its predecessor, MX Master 2S, so it can work on almost any surface. I checked, the new mouse does very well, whether on wooden and stone tabletop, glass or mouse pad.

What MX Master 3 for Mac has clearly improved from its predecessor and other Logitech mice is the connection to the Mac. The mouse now connects by default via Bluetooth. There is no characteristic radio receiver included in the set - however, those from other devices, including the MX Keys, work. It is practically not needed because the Bluetooth connection is extremely stable. Over the last few months, the mouse hasn't seemed to cut or lose the connection in any way. You can clearly see that MX Master 3 for Mac has been specially adapted here to meet the whims of Macs and it has succeeded.

MX Master 3 can be connected to three different devices (Mac, iPad etc.). The device switch button is located on the underside of the mouse, under the laser sensor. Above it is the mouse switch.

Just like the MX Master 3, the MX Master 3 for Mac has 70 days to work on a single charge and actually lasts that much. In the last three months I charged it only once. Charging - as in the previous year's version - is done via the USB-C socket.

Logitech has once again proven that his mice are one of the best accessories of their kind. Reliability, durability, ergonomics and clearly improved connection quality are the advantages of this device. The mouse hasn't let me down once and is now a basic accessory that I use for my Macs and sometimes even my iPad Pro.