BWM i3 is probably one of the most recognizable electric cars. Manufactured for almost 7 years, it has lived to see a lift in i3s version. The differences, however, are in my opinion small compared to the REx model described on MyApple. BMW designers should really be praised for the fact that despite the passage of years this car still looks futuristic and eye-catching. I had a chance to drive the i3s model for the last few days.

The car, although it is small in size and looks a bit like a beetle (it is a hatchback), inside it provides a lot of space for driver and passengers. Much more than the Mini Cooper Se described last month. The cabin is not only taller, but generally more spacious. You also sit in it higher - you do not fall into the seats as in the Mini Cooper. What impresses everyone is the lack of middle posts and rear doors opening in the opposite direction than normal. This solution provides comfortable access to the rear couch. This one is designed for two people only - instead of the middle, third place there are cup racks with drinks. 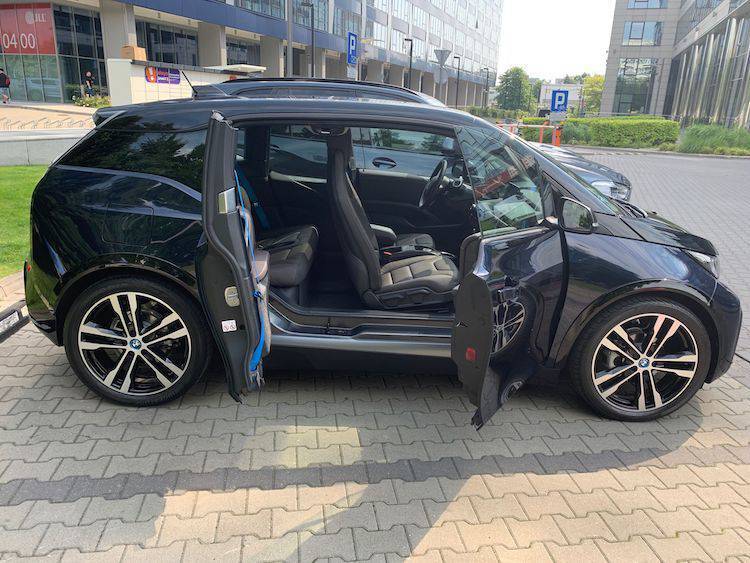 The impression of more space is intensified by the windshield extended in relation to the dashboard and two sunroofs over the front seats. Travelling this car from the passenger's point of view is much more comfortable than Mini Cooper Se if there are more than two people in the car. The BMW i3s is definitely an urban family car, provided that the children, of which there are up to two, have already grown out of baby carriages. The trunk itself may not be too big, but it is also not one of the smallest. Its capacity is 260 liters, and it will successfully accommodate larger purchases. On the other hand, charging cables can be kept under the hood, in a special locker.

The mentioned dashboard, on which we can find two panels, looks very interesting. Behind the wheel there is a small LCD display informing about speed, charging and energy consumption and range. In turn, a larger screen of the infotainment system, known from other models of cars of this German manufacturer, was placed centrally. The combination of the materials of which the dashboard is made, as well as the inside of the door, these are leather, wood and material of interesting texture, produced from recycled plastic bottles, also makes an impression. 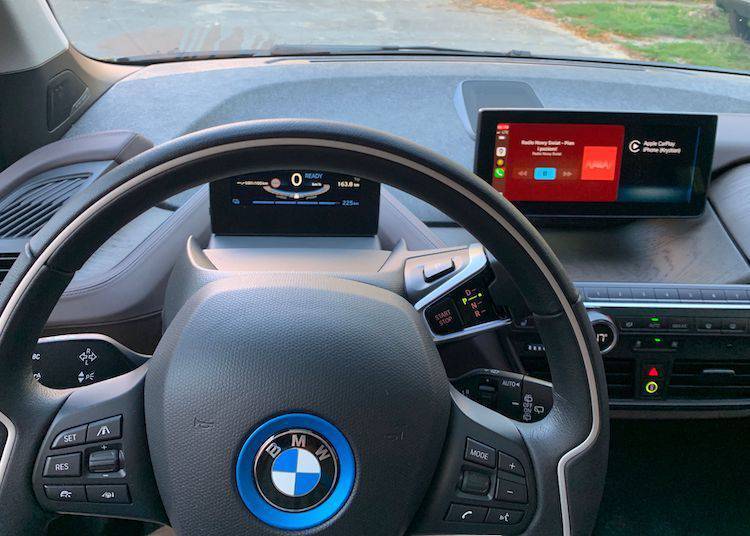 A big advantage is the comfortable, high seats and the arrangement of all elements of the dashboard. The infotainment system, and thus also CarPlay, is controlled by means of a clickable large knob located in the place where the gearbox cuff is traditionally located. In the BMW i3s, the shifting lever - D, N and R - is located behind the wheel. There is also a Power On/Off button and a parking mode button.

However, the urban character of the BMW i3s does not mean that we will be tied to the city with a charging cable. Thanks to the 120 Ah battery, the car now has a pretty good real range of about 230-240 km on a normal ride (without too much breakage, but also without dragging slowly behind trucks on the freeway). I suspect that if I had limited my speed on the highway to 100 km/h, I could have squeezed even more out of it. Anyway, such a range already gives much more room for manoeuvre when it comes to planning trips or excursions than in the case of Mini Cooper Se described last month. This time, we could have a trip from Łódź to Toruń, Wrocław or Poznań (roughly 200 km in each direction), and not only to Warsaw, which is 140 km away. 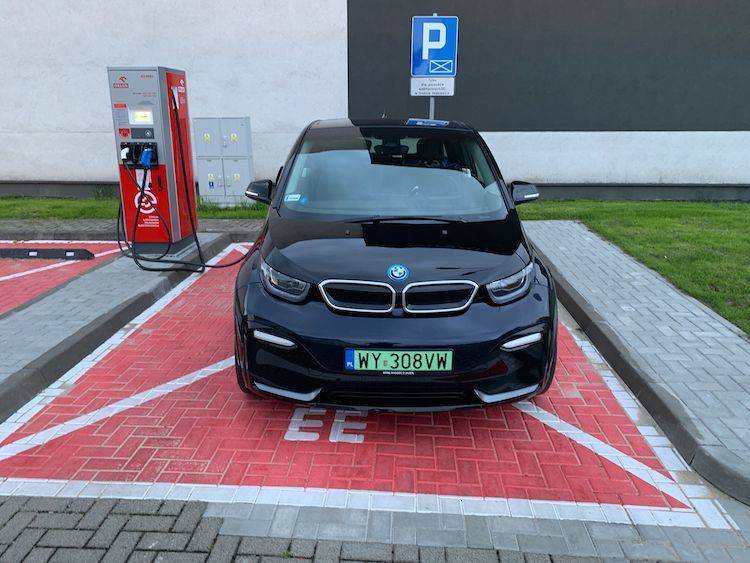 Driving BMW is3 in Poland

Still, the infrastructure in Poland is still very poor. There are still few chargers, sometimes they are broken or occupied. A longer trip out of the city is therefore still burdened with some risk of unexpectedly long stops for charging from a traditional socket or waiting for your turn to access faster chargers. On the other hand, however, you can move around the city almost free of charge, and with a bit of luck, a trip to the other city will cost us much less than a traditional internal combustion engine car. With the traditional 30 - 40 km of the city made a day, the car will be charged once a week.

In the city itself, the car is doing very well, it is ruptured, and the acceleration of just over 3.5 seconds to 60 km/h (and about 7 seconds to 100 km/h) provides very high maneuverability in heavy traffic. Unfortunately, the surface of the streets in Łódź leaves a lot to be desired, especially in the Bałuty district, forgotten by the authorities. Therefore, in this respect driving this car around my hometown is not pleasant, but of course it is not the BMW i3s fault. On a good road with a flat surface the car drives very well. This is due to the rear drive and low center of gravity (batteries weighing 270 kg) and direct steering.

I mentioned the acceleration, so it is worth writing about the maximum speed. It is 160 km/h. However, energy consumption increases significantly, which is worth remembering.

BMW i3s as a city car has actually only one disadvantage, it is the price of about 180 thousand zlotys. Not only can you not count on government subsidies, but also on some economy of driving. In my case, the car would pay for itself only after some 6-7 years of driving in the city, so when you should think about changing to another model. So the BMW i3s is a car for a customer with a thick wallet, for whom economy and free chargers do not matter (but why not use them if they are). It is more about ecology and zero emissions. Electric cars are clean in this respect, and a completely different issue is where and how electricity is produced in a given country.